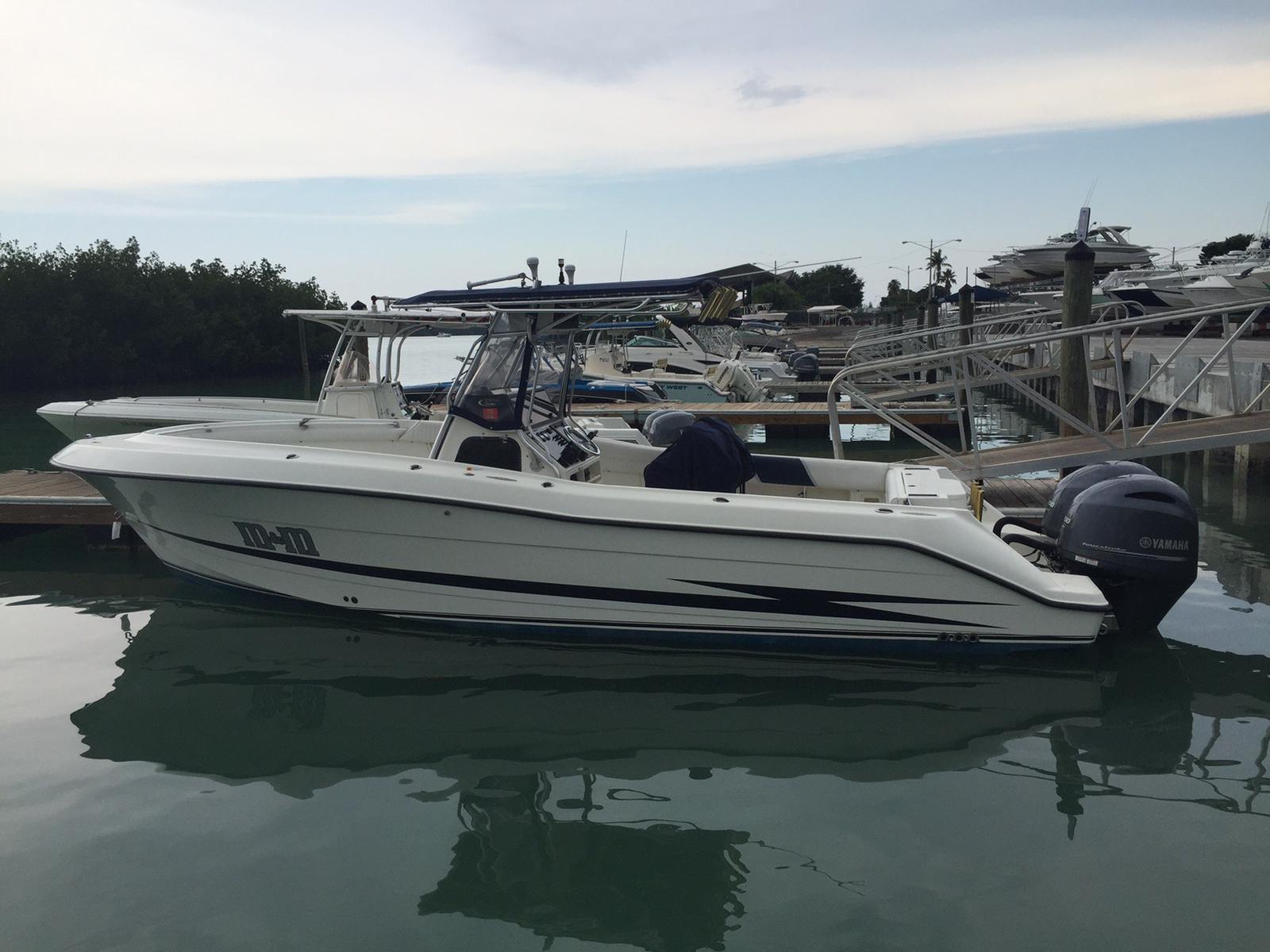 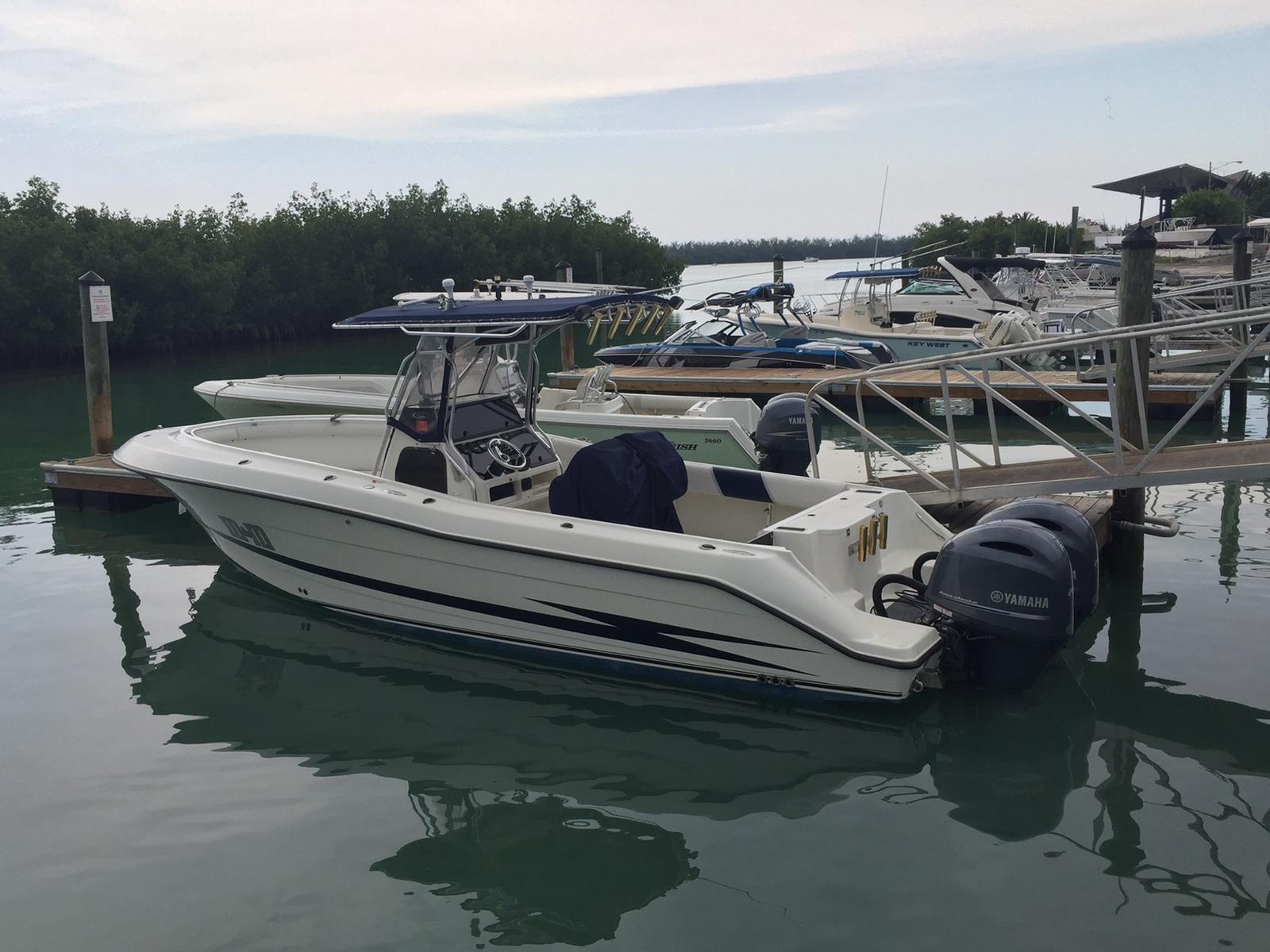 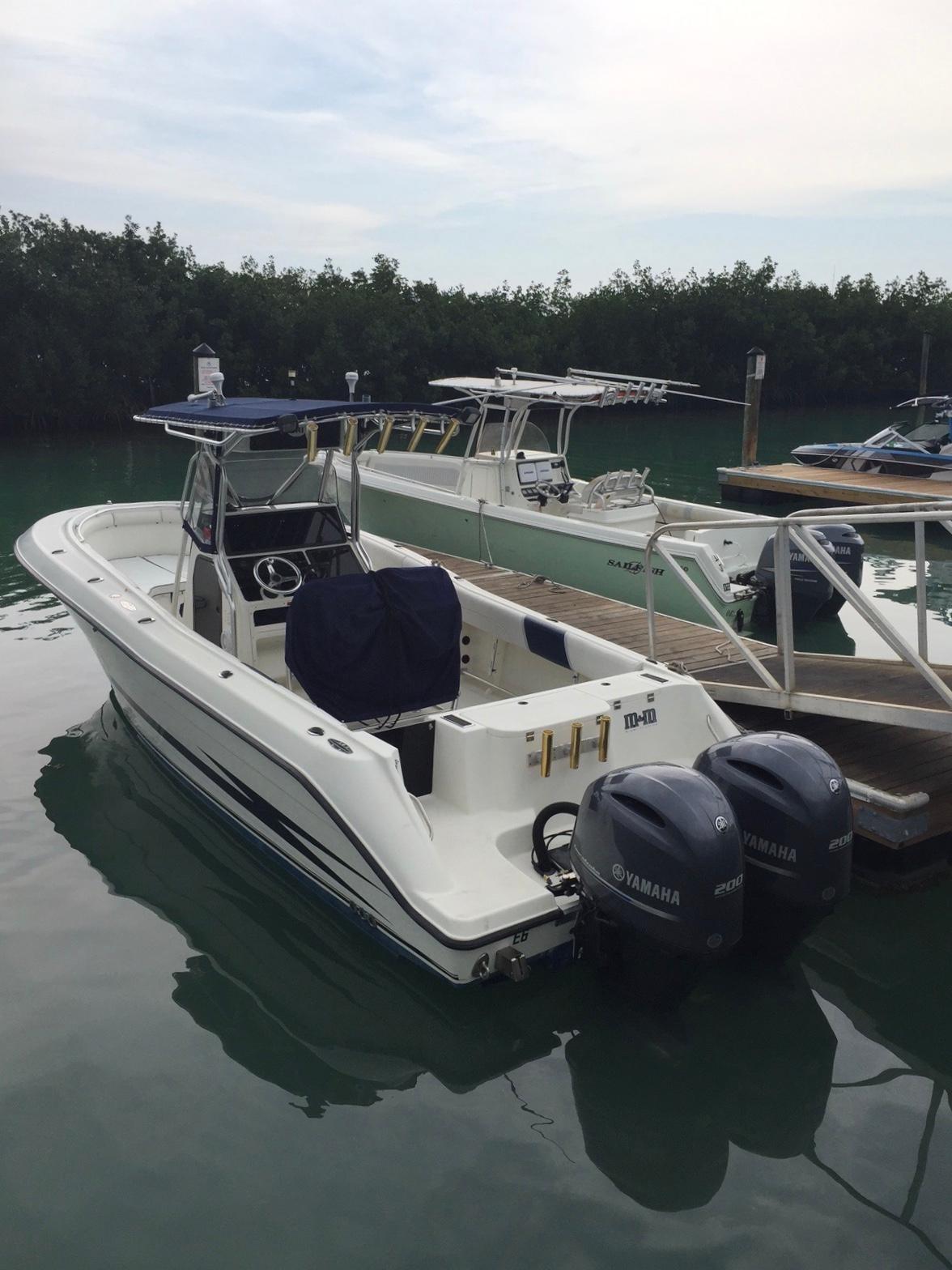 Get More Information
Make an Appointment

With her wide 9 foot, 8 inch beam, the Hydra-Sports Vector 2796 (called 2800 Vector 2002 and up) is a tournament level center console that lives up to the rigorous offshore expectations of serious anglers. This is a good looking boat with a graceful profile accentuated by a sweeping sheer, a fully integrated bracket/swim platform, and a recessed bow rail. Like all late model Hydra-Sports, rides on a Kevlar-reinforced deep-V hull, and a foam-filled box stringer system makes for an unusually strong and resilient hull. Thanks to her wide beam, the cockpit is roomy enough to accommodate several anglers and their gear without being crowded. A recessed stern seat folds away when not in use, and an insulated and lighted baitwell is built into the tramson. Transom door freshwater shower, a sub-console head/storage compartment, two large fish boxes forward, raw water washdown, concealed rod storage, tackle drawers, and cockpit bolsters.

Current owner has kept her out of the water, well maintained and up to date.